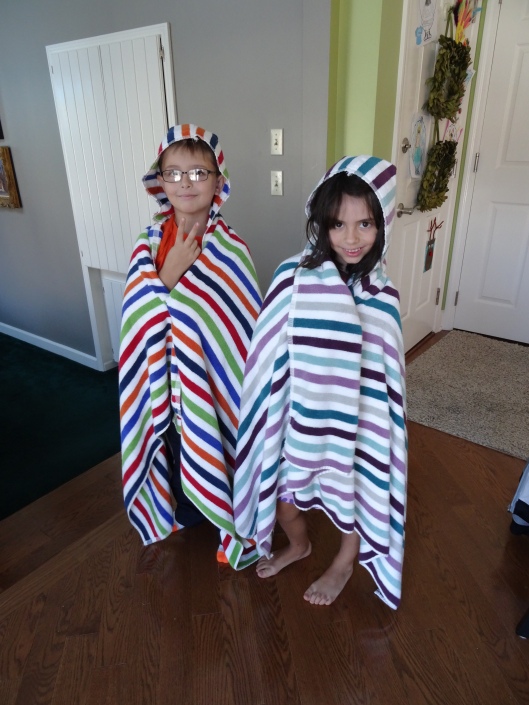 What to do?  T got a call from a friend to play so G and I tackled a long delayed project, hooded towels.  We loved these when the kids were little but then they grew and I could not find a decent sized hooded towel for them.  They are perfect for post tubby/shower wrap ups!  These bath sheets are from Ikea.  They are huge, 39″ x 59″ and they have a great little loop for hanging. 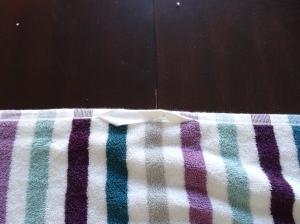 So you’ll need a bath towel/sheet and a hand towel.  I chose matching patterns but a contrast would be cute too. 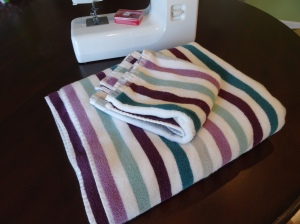 Step 1: Fold the hand towel in half, Like a hamburger roll not a hot dog roll, and cut it (in half).

Step 2: Then fold it in half again, so the raw edges meet, good side in.  Pin the raw edges together (this will be the top of the hood). 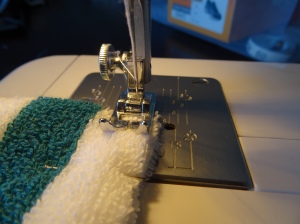 Step 3: Then sew along that edge.. first a straight line, then zigzag over that line twice and finish with another straight line.  Just to make extra sure it won’t come apart when washing.  This will give the hood a point.  If you’re ok with that move to Step 6.

Step 4: Once sewn, lay the hood out like this and measure and inch or 2 from the tip and sew a straight line across.  This will flatten out the tip. 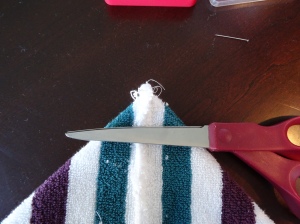 Step 5: Cut the tip of the hood above the sew line. 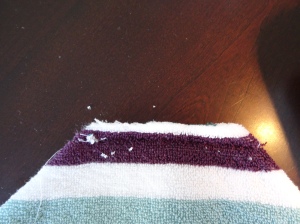 And that’s it! Each towel took me less than an hour.  The kids love them!